Kalix Löjrom’s full-rounded flavour, with its mild taste of smooth fish oil and salt, adds to its unique character.

The golden orange colour specific to Kalix Löjrom PDO eggs distinguishes them from the eggs extracted from freshwater whitefish, which are yellow. Their full-rounded flavour, combined with a sweet taste of mellow fish oil and salt, makes this unique Swedish delicacy so special. 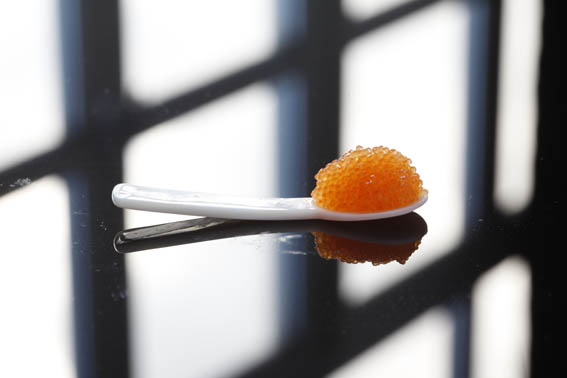 Kalix Löjrom is produced from vendace roe. Both its distinctive flavour and unique pigmentation have been found to be directly linked to the special feed of vendace. The cold and clean water in this particular part of the Gulf of Bothnia, where the fish spawn and stay during the catch period, is undoubtedly a determining factor too. With no less than eight large rivers and numerous smaller streams and watercourses flowing into this part of the Gulf of Bothnia, the water is of drinking quality.

Kalix is a locality in Norrbotten County. The roe harvest normally starts late September and continues until the vendace are ready for spawning around late October. Around three million pounds of the fish are taken every year, separated by hand according to sex. After Kalix Löjrom is extracted from the fish, a process carried out by hand on the day it is caught, 4 % salt is added to the roe. The entire preparation process of Kalix Löjrom consists of several stages: preliminary rinsing, whisking, sieving, drying, salting and thorough cleaning. The traditional production method of Kalix Löjrom PDO also accounts for its unrivalled reputation. Handling the roe is part of the local knowledge and requires many years’ experience. 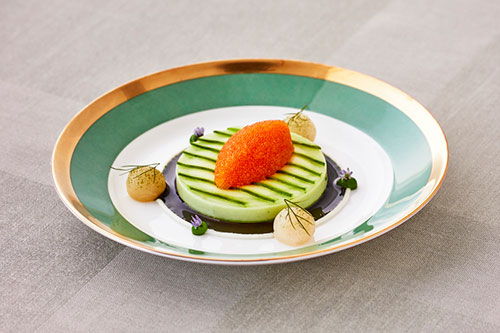 Kalix Löjrom is often served at important events such as royal dinners and the Nobel prize banquets. Michelin star restaurant Aquavit in London and New York also serves this nordic caviar on its menu.

The most common way Löjrom is served in Sweden is with creme fraiche, diced red onion & chives, a slice of lemon, a dill sprig and either toasted bread or blini. You will also often find löjrom as a garnish (on Toast Skagen with prawns for example) or in sauces.

*The fishing for harvest of Kalix Löjrom is done with the utmost care for the marine environment.