From the mountains to the sea in one day, from Valberg to Cannes, the Alps to the Riviera: the unique winter possibilities in the south of France.

Go from downhill skiing to water skiing in the same day – begin at the top of Eguilles, in the Valberg resort, from where you can just see a small sliver of electric blue on the horizon.

“Corsican skiers even say that, in good weather, we can see the tip of their island from the slopes,” says an ESF instructor. The resort village of the Southern Alps is 104 km from Cannes, just over an hour and a half by car and 25 minutes by helicopter. This is the latest craze on the Côte d’Azur: skiing in the morning and indulging in watersports in the afternoon.

Dominated by Mount Mounier (2,817 m altitude), the Valberg resort covers 56 ski-pistes (90 km) including 28 red and 6 black (day pass: 32.30 €). Long descents between the larches give a grand view of the Mercantour Park whose station is one of the gateways to the slopes.

A rare and protected environment that has inspired a real commitment to the environment by being eco-responsible; Valberg masters its energy, adapts the speed of ski lifts to the number of skiers, produces artificial snow without chemical additives and provides visitors with a fleet of unlicensed electric vehicles, among other initiatives. But its greatest asset is to offer a clever combination between the joys of skiing and sea-activities. You take a breathtaking road to go down from the snow-capped peaks of Valberg to the palm trees of the famous Croisette, Cannes. 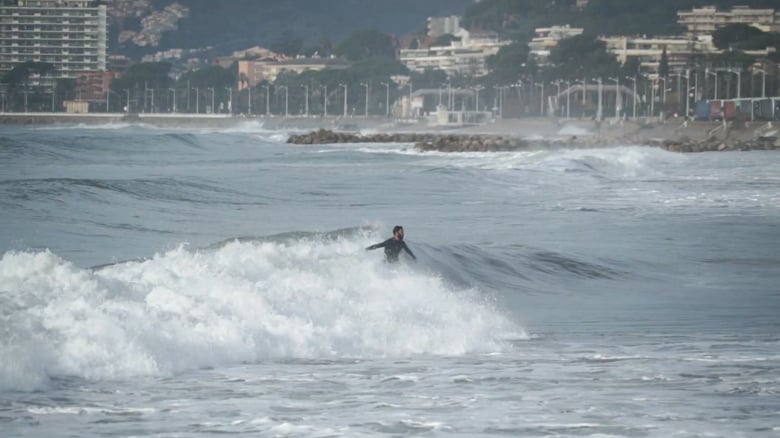 This passage from one universe to another so different leaves an unforgettable impression. And the big hotels of Cannes are getting on board. The Carlton, for example, is preparing to register an offer dedicated to corporate seminars and is already routing its individual customers by car (with driver) and even by helicopter. Guests leave the hotel at 8:30 am and by 11 am they are on skis. And a big advantage is that this is the Riviera’s low season, so rates are advantageous.

The mayor of Cannes has launched a mobile application called ‘Cannes Sports‘, which lists all the nautical and sports activities of the city, very useful for après-ski: water skiing, kite-surfing, sailing and even jogging circuits by the sea presented in the manner of mountain tracks. The combination of  these opposite worlds really is the best of both worlds combined for the active-traveller…