This classic spaghetti is not just convenient and quick to make, it is a perfect example of how a dish with a minimal amount of ingredients can be as brilliant as it is simple.

Giorgio Locatelli is an Italian Michelin starred chef and restaurateur working and living in the United Kingdom. The following recipe is an extract from his cookbook ‘Made at Home‘. 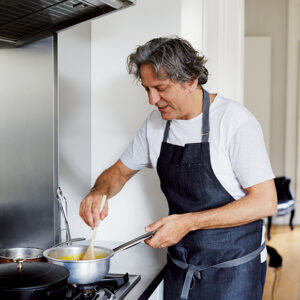