Paris is a wonderful city to visit, but nearby are some magnificent places that you should try to visit when you are staying in the French capital.

Here are four of the best getaways within an hour of Paris, like the monumental Versailles.

This is one of the largest French royal châteaux and the only royal and imperial château that has been inhabited continuously for 7 centuries, having been called home by Louis VII and Napoleon III.  It was a favourite residence and hunting lodge of the Kings of France, especially the Sun King – Louis XIV, because of the abundant game and many springs in the surrounding forest. 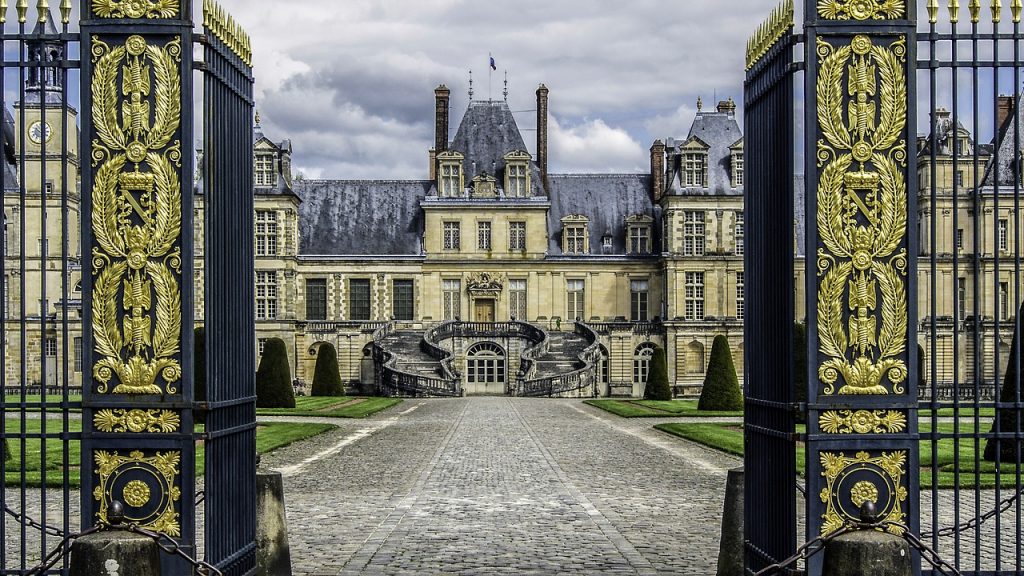 The richness of its decoration and furnishings offer an exceptional reflection of French history and art. One of its most famous symbols is the staircase in fer-à-cheval (in the form of a horseshoe), the work of Jean Androuet du Cerceauduring during the reign of Louis XIII. Fontainebleau has extensive gardens representative of the major landscaping styles of their periods including the French Renaissance garden, inspired by the Italian Renaissance gardens and the French formal garden, the favourite style of Louis XIV. Just a tip: If you wish to visit the whole of the château and its gardens, you should plan to spend an entire day!
www.chateaudefontainebleau.fr 77300 Fontainebleau, Tel 00 33 1 60 71 50 70

The House of Monet Giverny

In this small lovely town in the Upper Normandy region is the Monet Foundation. Claude Monet lived here for 43 years, from 1883 to 1926, his house still exactly as it was and his beloved gardens full of symmetries, perspectives and colours, flower beds of different heights and large metal arches to support the climbing roses, maintained to perfection. 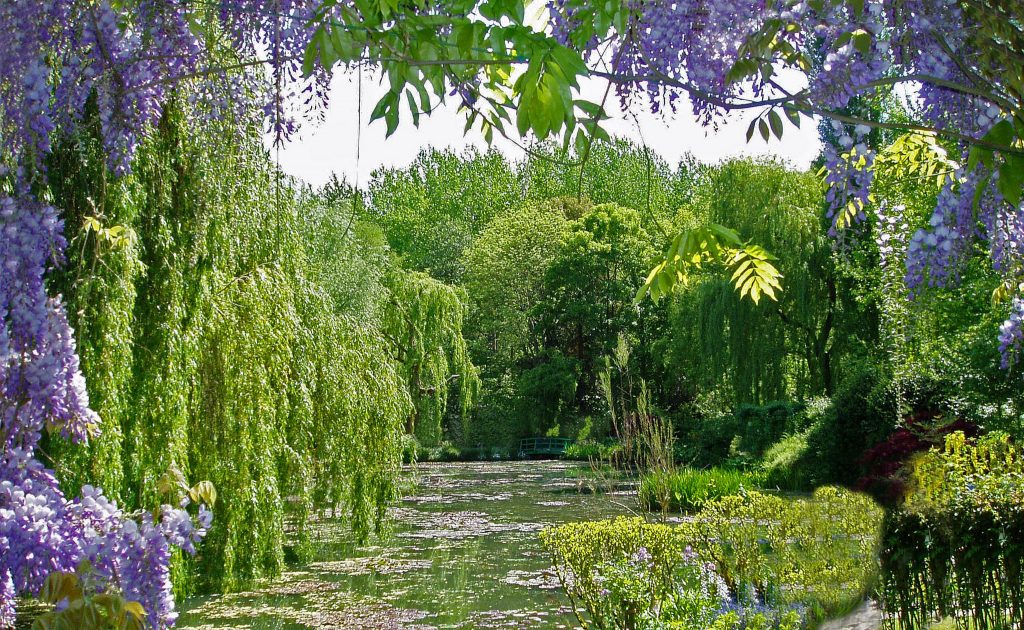 Walk through the gardens to see the inspiration for many of his paintings, most famously the little bridge under its weeping willows and the famous nymphéas (water lilies), a vegetal patrimony that inspired the impressionist painter during most of his life. Inside the home you will take a tour through the lovely kitchen to the art salon where Monet painted and many of his works are displayed. Best time to visit to view the garden in its it full glory and the light streaming in through the windows of the artists ‘workplace’ is late spring or early summer. The village has several nice cafés and restaurants with idyllic terraces to rest your feet after your tour of Monet’s house and gardens.
fondation-monet.com 84 rue Claude Monet, 27620 Giverny Tel 00 33 2 32 51 28 21

This one is kind of obvious as Louis the 14th’s palace of Versailles is world famous. Superb with its dazzling palatial rooms and other enthralling buildings within the domaine such as the the Petit Trianon, Queen Marie-Antoinette’s refuge. The Château de Versailles was the principal royal residence of France from 1682 under Louis XIV until the start of the French Revolution in 1789 under Louis XVI. 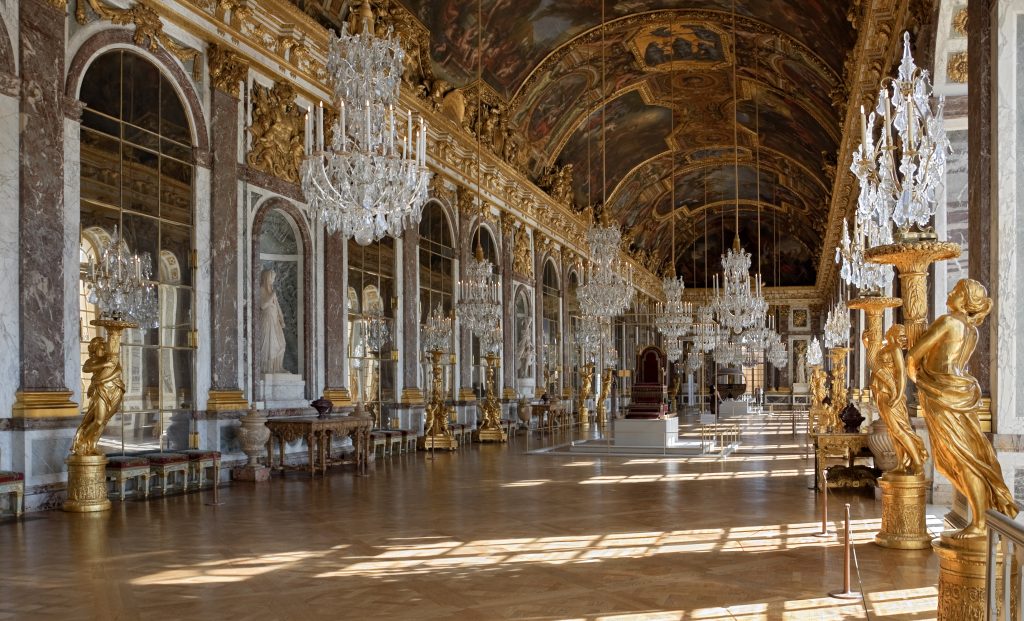 The Palace is a marvel to explore, with notably the impressive Hall of Mirrors, the jewel-like Royal Opera, and the royal apartments and the vast gardens with fountains, canals, and geometric flower beds and groves. Throughout the year, its different salons such as the Opera, the Chapelle Royal, the Hall of Mirrors, the Hall of Hercules or La Orangerie are the scene of an extensive program of concerts and ballets. During the summer season you can enjoy music in the gardens – Les Grandes Eaux Musicales, a show in which the lofty fountains, ponds and jets of water follow the rhythm of music. The night version has special lights and water effects and to finish the evening, fireworks – pure magic!
en.chateauversailles.fr Place d’Armes, 78000 Versailles Tel 00 33 1 30 83 78 00

A truly dreamy castle for princesses, romantic Chantilly comprises two attached buildings: the Petit Château built around 1560, and the Grand Château, which was destroyed during the French Revolution and rebuilt in the 1870s and houses the Musée Condé, one of the finest art galleries in France. 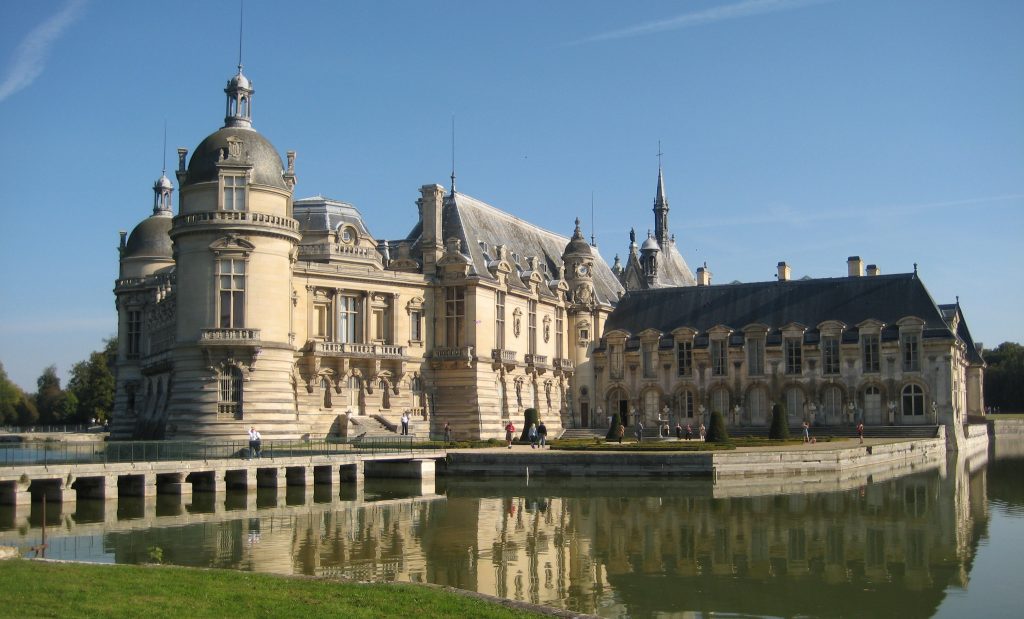 The Chateau is surrounded by water and formal gardens, featuring extensive parterres and water features. You can visit its rooms, the magnificent halls full of works of art and view its precious manuscripts in its extraordinary library. Its immense park deserves a long walk. It is the result of different periods: the French garden of Le Nôtre of the 17th century, the Anglo-Chinese style of the end of the 18th century and the English of the 19th century. In addition, the domaine organizes well-known polo matches and numerous horse races such as the famous Prix ​​de Diane and you can visit the Horse Museum, as well as the Royal Stables (great work by architect Jean Aubert for Louis-Henri de Bourbon VII, Prince of Condé). And lovers of equestrian shows , should not miss the dressage and training in the purest style of the Royal Andalusian School of Equestrian Art.
www.domainedechantilly.com 7 rue du Connétable, 60500 Chantilly Tel 00 33 3 44 27 31 80